So I was just bored and..

..randomly surfing, when I found out that the word 'katta' in Hindi, much adored by Indian teenagers, especially the male species, has a description on Wikipedia also.


According to Wikipedia, the word 'katta' is used to describe an event that is either wrong or undesired to a person. It can be used as "tera toh katta hogaya" or "mera toh katta hogaya, dad got to know about the marks." Or it can be used in a casual tone just to warn someone about something like "yeh mat kar warna tera katt jayega". It can be roughly translated into English as failure or embarrassment or things not turning out the way you expected them to.


Katta hona can be best illustrated by this incident-


Parul's father is in the army, heading a unit, and is posted in Ranikhet. So this year in March, I, and half a dozen other girls, along with Parul had taken a short trip to Ranikhet after our exams had gotten over. We got really nice rooms, right next to the bachelors [ ;) ], but sadly, they were given strict instruction to, ahem, ignore us. Which is just sad, but not delving deeper into that..
..on our last day there, we were scheduled to have lunch with Army Aunties [army wives], in the army club and play Croquet with them later. Someone came up with the brilliant idea, that why don't we all, yes, why don't we all dress up in our suits, since we had all been asked to carry our Indian attire, and it will anyway look nice. Are you sure, I asked dubiously, but in the end we all decided for it.
So the eight of us girls, walk out, past the soldiers drilling, feeling weirder than ever. 'We all look so dumb,' one of the twins remarked, and because I could do nothing else, I burst out laughing.


We arrived, all decked up and came face to face with the Army Aunties who..
..were dressed comfortably in tracks and jeans, looking casual and laid-back.


But it turned out to be a nice afternoon as we played Croquet and joked about it, and then the Army Aunties invited us for dinner too, at their homes.


And then everyone decided that they were going to wear their dresses for the night, because, what the hell, it was the last night and the Army Aunties had already seen us in our awkward best. So although, we knew it was a little over the top, we decided to dress up.


So again, we arrived, all decked up and came face to face with the Army Aunties who..
..had not even bothered to change.


But being the awesome sports that we are, this became a running joke. Aunties must think these girls are really mad, Parul said giggling, and I couldn't agree more.


One day, S. was telling me about something, ki kisi nr kaat diya, aur kisi ki kat gai. So I asked him, confused, 'Kat gai, kaat diya, is katta a boy or a girl?


He looked at me with laughing eyes. 'Kaat diya is a boy, because mai teri kaat ta hoon, and kat gai is a girl because teri mujhse kat ti hai!' which earned him a nice kick from me.

Email ThisBlogThis!Share to TwitterShare to FacebookShare to Pinterest
Labels: So Random 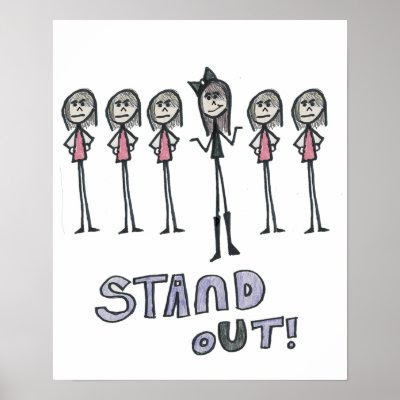 I hate to conform. Why should stereotypes define my behavior, and why should I live up to others' expectations of how I'm supposed to be? I want to be my own person, without being labelled. Conformity and sexism, its everywhere I look! Few days back in school, we were just hanging around in school the Physics teacher is trying to play cricket, so obviously, everybody is gathered around and laughing.
There is this junior girl standing a few steps ahead of us, also cheering, with all of us, and then her boyfriend walks by, talking to someone else. Maybe she saw him, maybe she didn't, I don't know, but she starts jumping and hooting more loudly, clapping her hands wildly. We all laugh a little bit, and Navya says, 'Can she chill? Her boyfriend's right here, can't she act a little sophisticated?' And I ask her, 'So what if her boyfriend's here?' Navya raises her eyebrows like its painfully obvious. But that's conforming, I tell her. You're supposed to conform, she tells me. That's why norms exist. But I don't agree, and I tell her that. We move on.

Some time back, I had this white poster, and all it had were small black squares in it. And between all those black squares, there was a red circle, and all that poster said was, stand out.

But however much I want to stand out, I want to be a part of the group too.


There is an inborn defiance in me, to break the stereotypes- but there is also the longing to fit the shoe and be accepted. I want independence and be capable of self-sustenance- but yet, do we not all, want to be a part of something that's bigger than us? Can you have both the things at the same time?

Would revolutions have taken place, if everybody conformed? Would we have Lady Gaga, would we have known the earth was round and not flat? Would we have rock music, or feminist icons?
Not conforming stands for something bigger. It's an expression of striving for individual identity, a desire to be different. There are people we look at, and get inspired, about how they changed the world, revolutionized the attitudes.
There is a wonderful line from P.B. Shelley's Ode to the West Wind,  ' Drive my dead thoughts over the universe, like withered leaves to quicken a new birth! And, by the incantation of this verse, scatter as from an unextinguished hearth, Ashes and sparks, my words among mankind!'

But then, I don't want to be rebel without a cause! What if I like some of the norms? Or don't mind following them?
Like, I don't mind chivalry- but the absence of it should not affect me. And till what level is chivalry chivalry, and not plain superiority complex and arrogance?

I've always been underweight and looked smaller than other people my age, giving all my male friends something to joke about, but that doesn't mean I'm incompetent or irrelevant!

I have always admired really strong, female characters, like Erin Brockovich, or Sue Sylvester from Glee. 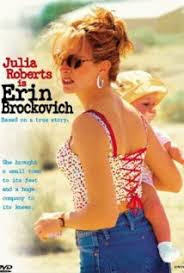 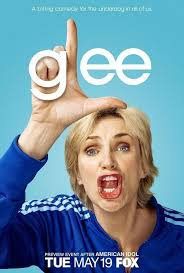 And then there's always Madonna, who completely redefined feminism. 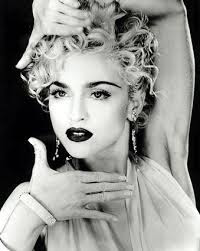 I saw Dirty Picture, and although the unabashed portrayal of women as sex objects would leave any self-respecting woman fuming, the character of Silk, played by Vidya Balan, is in your face, bold, unapologetic, and in some twisted sense, empowering.

It's actually quite a good movie, with double meanings in every line, and Vidya Balan, obviously, steals the show, with strong screenplay by Rajat Aroraa.

Because the people who are crazy enough to think that they can change the world, are the ones who do.

I really don't have a BANG! beginning for my new blog, no BANG! post to make my entrance felt, and no BANG! story to narrate [ the BANG! is kinda getting to you?] . Beginnings for me, have never really been that great. They start with a small fizzle, no cork-pops-out-and-hits-the-ceiling-then-hits-the-dumb-guy's-head, and are usually tentative, hesitating, unsure. I stretch my imagination to an unbelievable extent, but keep myself grounded, aware of the reality. But slowly, as time passes, life unfolds, and something that seemed so unreal in the past, is now just everyday routine.
Best of my relationships began slowly, where I would be completely unaware of what a massively destructive, dysfunctional bond is growing right under under my nose. But it does. And so here I am, where I am.

And nothing's special about today either. I had started blogging three years ago, and used to really love it, as I learnt a lot. But a year back, habit faded, and I simply stopped. But a few days back, I felt the urge again, to write, to read, to learn and to share. And so here I am, where I am, again.

It's just a crappy night, when you don't like anybody or anything, and to give you company are only feelings of  hopelessness, mistrust, inadequacy, frustration. You wallow in grief and self-pity till you even disgust yourself, dismiss yourself as simply pathetic, and your ideal self is not even remotely close to your real self. Yet no matter what, no matter how deep you bury yourself in self-loathe, there is always a thread of hope, the tiniest amount of confidence, that you will bounce back because this is nothing, and you know that you can do so much. So you slowly assemble the courage, recollect the things you are best at, and start again. That's what matters in the end- to start again, never mind the times you stop.